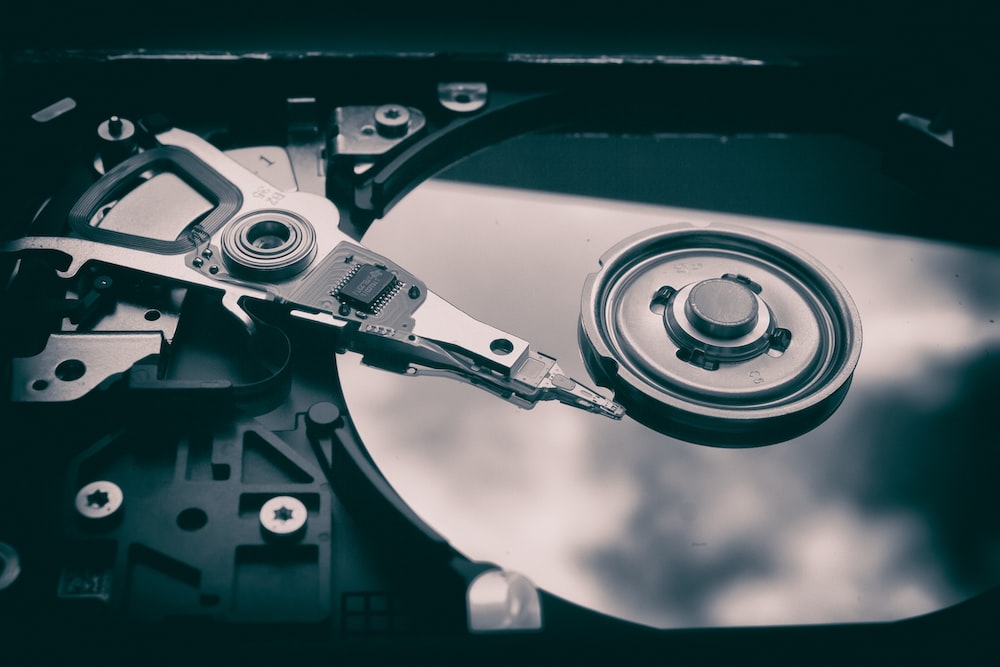 When the Los Angeles-based indie rock group Sure Sure left home for a nationwide tour last month, the band members didn’t think to take a lot of CDs with them. Instead, they pressed their full-length debut on vinyl, selling it alongside T-shirts and a small number of older CDs they’d printed for an EP last year.

Then a funny thing happened at the merch table. While the vinyl albums did well, the older CDs quickly sold out. When the band goes back on tour again in April, there’s a good chance it’ll offer the full album on CD. And if it does that, it’ll probably start selling the discs online as well.

“We felt like the culture dictated that people were going to buy vinyl, not CDs,” says Kevin Farzad, Sure Sure’s drummer and percussionist. “And we were kind of surprised that more CDs sold than not.”

The band could be forgiven for assuming CDs wouldn’t sell. From their peak of $13.2 billion in 2000, U.S. CD revenues have slid to just $1.2 billion in 2016, according to the Recording Industry Association of America. And as listeners flock to streaming services like Spotify and Apple Music, the CD’s decline isn’t slowing down. Earlier this month, Billboard reported that Best Buy will stop selling CDs in stores this summer, and that Target only wants to pay distributors for the CDs it actually sells. Some observers saw the news as a death blow to a fading format.

Yet it’s hard to reconcile that gloomy outlook with what’s happening in the indie music world, where the CD is still thriving. Earlier this week, the online music store Bandcamp reported 18% year-over-year growth in CD sales for 2017, up from 14% growth in 2016. (Bandcamp declined to comment for this story.)

Atomic Disc, a Portland-based CD manufacturing shop that has served more than 13,000 clients, isn’t seeing any slowdown, either. Silver Sorensen, Atomic’s co-owner, says overall revenue has been growing by about 30% per year, and that CDs make up roughly 90% of the shop’s earnings.

It turns out that even in the age of streaming audio, the CD still has value, especially for indie artists that want to offer something tangible to their fans. While that also helps explain the resurgence of vinyl albums, CDs are still easier to produce, cheaper to buy, and more profitable to sell than vinyl. They also sound objectively better.

“We’ve been expecting the death of CDs for 15 years now,” Sorensen says. At this point, Atomic expects to be in the CD business for another five years or more.

The reasons behind the CD’s resilience–at least among indie musicians–are partly technological. In the 1990s, commercial-quality CDs were all churned out by multimillion-dollar facilities using sophisticated plastic injection molding techniques, and they almost always shipped inside plastic jewel cases with their own elaborate printing process. Ordering fewer than 1,000 CDs at a time was impractical, creating a hurdle for independent musicians.

Smaller shops like Atomic use a different process called duplication, which involves burning audio directly into the lacquer of ready-made discs. And instead of using plastic jewel cases, they print album art on cardboard sleeves, which are less expensive and take less time to make. (They’re also more environmentally friendly.) Duplication shops can turn around 100 CDs in a few business days, and the cost per disc isn’t much greater than producing 1,000 CDs at a large-scale facility.

“We’ve kind of reached the pinnacle of CD technology as far as the manufacturing of the disc itself,” says Jason Carter, Atomic’s other co-owner.

Because of those advancements, releasing an album on CD is trivial, even for the smallest acts. Within a few hours, artists can go to a duplicator’s website, upload their audio, add some cover art, fill out their credit card information, and place an order to arrive that same week. Some bands will even coordinate small shipments to arrive at each tour stop, timing their orders so they don’t have to haul a crate full of CDs with them, Sorensen says.

“Instead of having to put up thousands of dollars and having a huge stack of boxes in the garage in hopes of maybe selling them, they’ll order a few hundred at a time, and when they sell those out, they’ll order more,” she says.

Vinyl, by comparison, is more of an ordeal. Manufacturing can take at least a month and is more expensive than CD production. The resulting vinyl album is pricier for fans, who can’t even listen to their purchase on the way home from a show, like they can with CDs. For the clients Atomic works with, CDs still make up the vast majority of their merchandising sales.

“People still want to take something home, whether it’s a T-shirt, a record, or a CD, and CDs just hit that price point that everybody can afford to walk away with,” Carter says.

Then again, a 2016 survey from IHS found that 75% of respondents listed a CD player as a desirable automobile feature, beating out Bluetooth, voice recognition, and a touchscreen. Another survey by Nielsen, from last September, found that CDs still accounted for 33% of music listening in the car, behind only radio and a device with downloaded music (such as an iPod). Streaming music from a phone or other device with a data plan was far behind at 14%.

David Bakula, Nielsen Entertainment’s senior vice president of analytics and client development, is skeptical that the CD is in danger. The format still comprises 51% of full album sales, according to Nielsen’s research, and looking beyond industry totals, there are still genres where the CD makes up a plurality of consumption (including holiday music, Christian and gospel music, children’s songs, jazz, and classical music). Even in rock music, CD consumption isn’t too far behind on-demand streaming, at 33% to 40%.

“I think looking at Best Buy, and saying, ‘Well, as Best Buy goes, so goes the CD industry,’ is probably not entirely accurate, because I do think there’s still a very high demand out there for CDs,” Bakula says.

Joshua Friedlander, the RIAA’s senior vice president of strategic data analysis, has a similarly positive outlook. The music industry, he says, isn’t trying to force any one particular business model upon consumers, and while there will always be many digital-only albums, almost all major commercial releases continue to be available on CD.

“There’s no longer a monolithic consumer who’s just doing one thing, and labels have tried to make music available in every way that people want,” Friedlander says.

If there’s a real long-term risk to the CD, it’s the potential undoing of the factors that have made CD production so cheap and easy. As CD player penetration declines, and CD consumption becomes more of a niche hobby, raw CD production materials could become scarcer and more expensive. The CD would no longer be as cost-effective to produce as it is today, which could lead to a true death spiral for the format.

“As demand decreases, the costs will probably go up, because the manufacturers that are making millions and millions of these blanks that we buy will be making less, and therefore will probably charge a little bit more,” Atomic’s Jason Carter says. “We’ve yet to see that, but that’s kind of what my gut tells me.”

Even if that happens, there’s always the possibility of a vinyl-style comeback. CDs may not have the “warmth” of vinyl, and they don’t demand the same patience for listening to full albums start to finish, but they’re they only mainstream physical music format that offers pristine audio quality, both for listening and for copying to digital formats that users can take anywhere.

“For those people that are real hardcore about the sound of their music, you’re not going to get a cleaner sound than the CD,” Nielsen’s David Bakula says.

Among the artists that grew up listening to CDs, there may already be a sense of nostalgia kicking in.